Kenzen is a beginner friendly karate club and we welcome newcomers to try a free trial class anytime.
‍
Our club is a warm dojo community with both male and female instructors, where members get stronger and more focused through practical karate and fitness training. To enhance everyone’s karate experiences, the club hosts numerous karate events and tournaments, plus regularly receives guest instructors from around Canada and Japan.
‍
To provide the best karate instruction by age and skill level, our karate programs are “Samurai Kids 4-6yrs”, “Juniors 7-12yrs” and “Teen and Adults”, plus the optional competitive team program and pre-competitive after school program.
‍
Kenzen is attached to the prestigious Kingsway Odokan Dojo in Vancouver led by Kaz Hashimoto Sensei. This affiliation means Kenzen members are training in one of the highest Japanese karate systems in Canada.

Richard Mosdell | Chief Instructor
Like a tennis or golf pro, Richard Sensei is a career karate instructor who leads the club with a unique passion to share the joy of karate with everyone.
Richard Sensei has over 30 years of experience coaching, training and competing at the provincial, national and international levels. He is currently preparing for his 6th degree black belt in the famous Shitoryu style, while already holding a 6th degree Wadokai black belt and a 3rd degree Japan Karate Federation black belt.
‍
During his 10 years learning karate in Japan, his full-time job was being the head karate coach at Seiritsu Gakuen High School's famous karate club, the oldest in Tokyo. This opportunity allowed him to see the highest levels of the karate world, better understanding the best parts to teach to Kenzen students.
‍
Richard Sensei is a former BC Team coach, provincial athlete, Canadian Sport Institute student and karate instructor for Gordon Head, Cedar Hill and Pearkes recreation centres. He teaches karate each week at local elementary schools, authored a Japanese manga in English on karate in Japan (Sonny Leads) and completed his Masters in the Globalization of karate at Sophia University Graduate School of Global Studies in Tokyo.
. 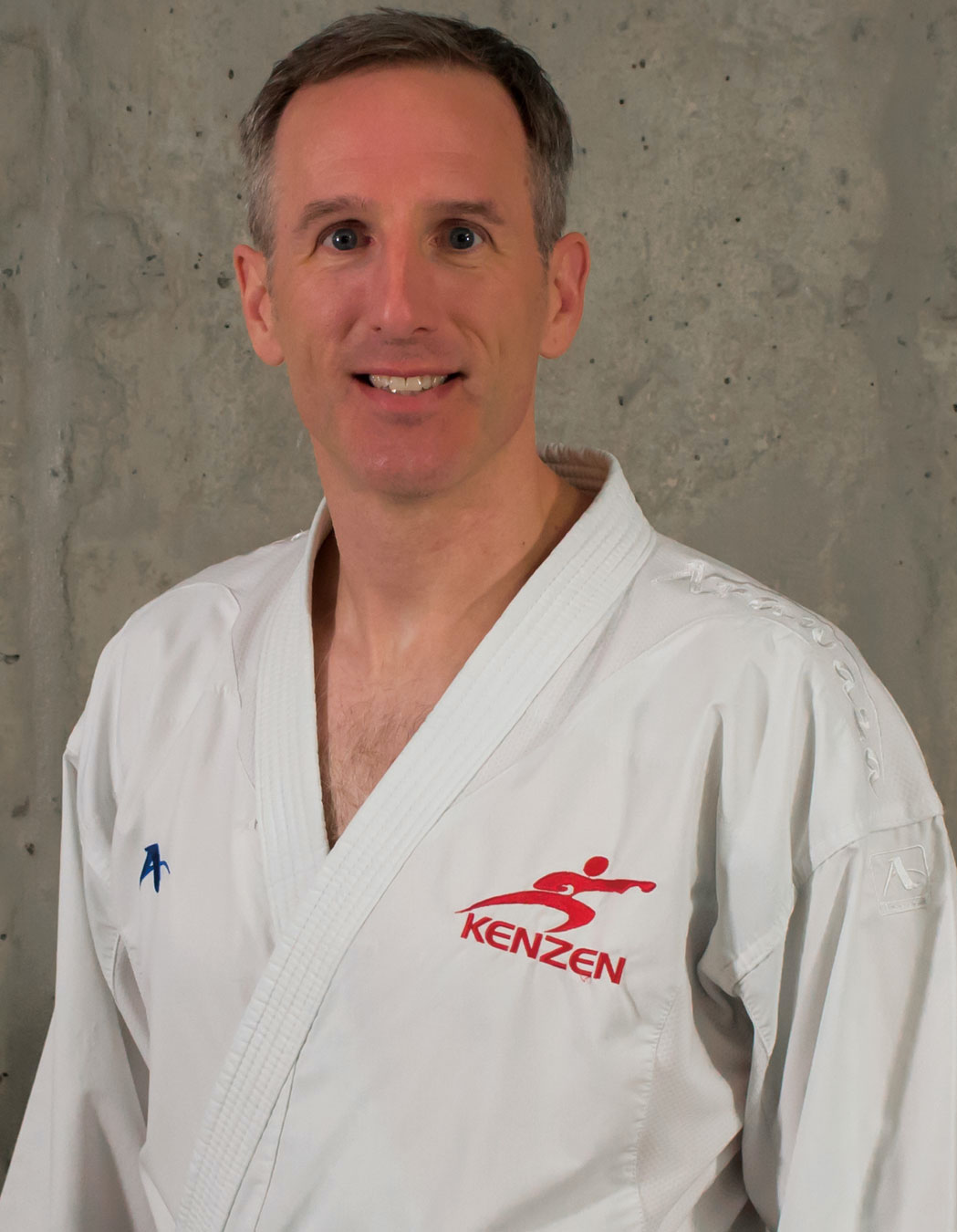 Peter Williams | Full Time Instructor
With over 25 years of Karate experience, much of it in Japan, Pete Sensei both trained with Richard Sensei in Japan and designed the Kenzen logo! He holds a 4th degree black belt in JKF Wadokai, as well as an all-style 1st degree black belt from the Japan Karate Federation and he is preparing for his 4th degree black belt test in Shitoryu. He is also a provincial level referee with Karate BC. Originally from the UK, he warmly loves to share his vast karate training, competing and teaching experience.
‍
While in Japan from 2010 to 2019, Pete Sensei was a high-performance coach, assisting Richard Sensei at Seiritsu Gakuen High School karate club in Tokyo, and also as a full time instructor at the highly successful Shiramizu Karate dojo under Takamasa Arakawa Sensei. Pete Sensei has competed and medalled from regional to international level in Japan and around the world. His deep dive into learning karate led to his providing translation for several key kata instruction guidebooks from Japanese to English.

A former Karate BC Team member, he currently is BC Team strength and conditioning coach. 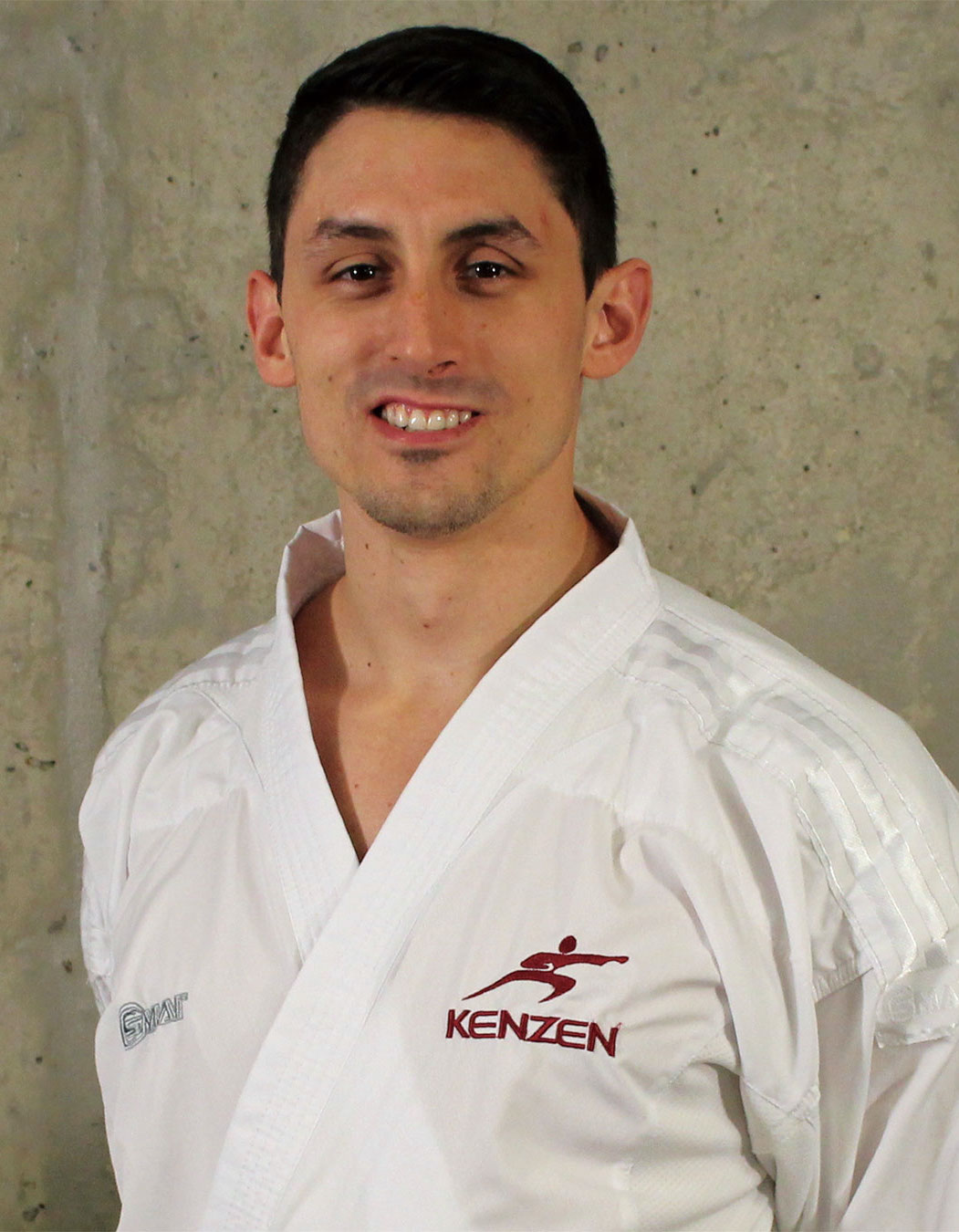 Steve Naeth | Part Time Instructor
Steve Sensei has been with the club since our 2nd year, and he has gone on to compete at the National Championships as a member of the BC Team.

He is also a competition official and works many of the local and provincials level events in British Columbia. 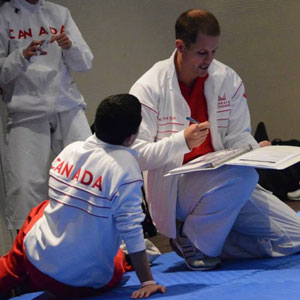 Kraig Sensei has been a Canadian National Team coach for 7 years and running. He holds a diploma in high-performance coaching from the Canadian Sport Institute and he has used this knowledge to co-author Karate Canada’s long term athlete development model for all ages.

Kraig Sensei is also a 20 year veteran of the Saanich Fire Department and he has accumulated 30 years experience competing, coaching and winning in karate tournaments worldwide. A former BC Team head coach, member of  Karate Canada’s high-performance committee and a long-time local instructor, he is uniquely aware of how to train beginners successfully to achieve their competitive and noncompetitive goals.